Excitement in the Birch Tree

I was out in the garden with Isla when I noticed her becoming very interested in the birch tree. I looked up as well, expecting to see a bird or maybe a squirrel. Instead I spotted Charlie: 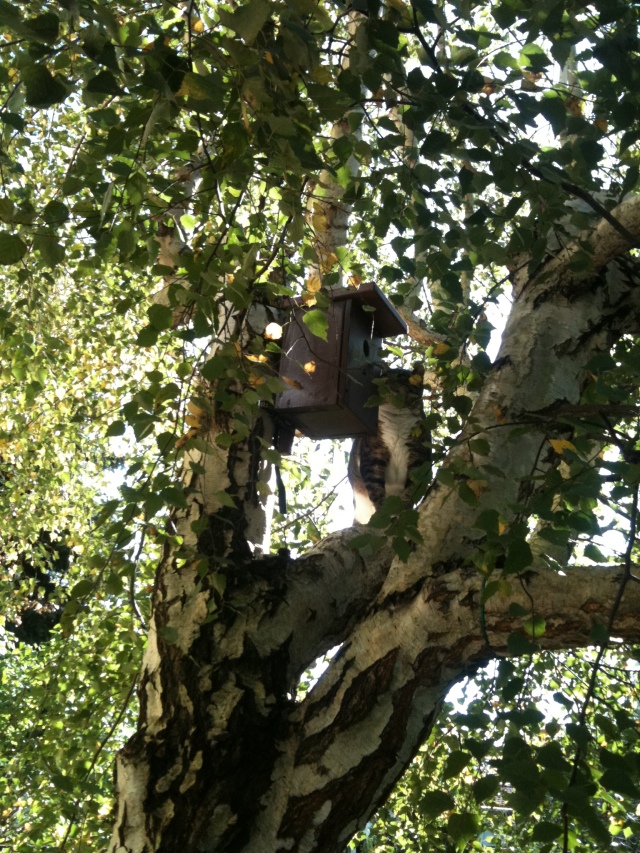 Our lazy Mme Sleep-all-day up in the tree and close to the nesting box!

Trying to reach in… 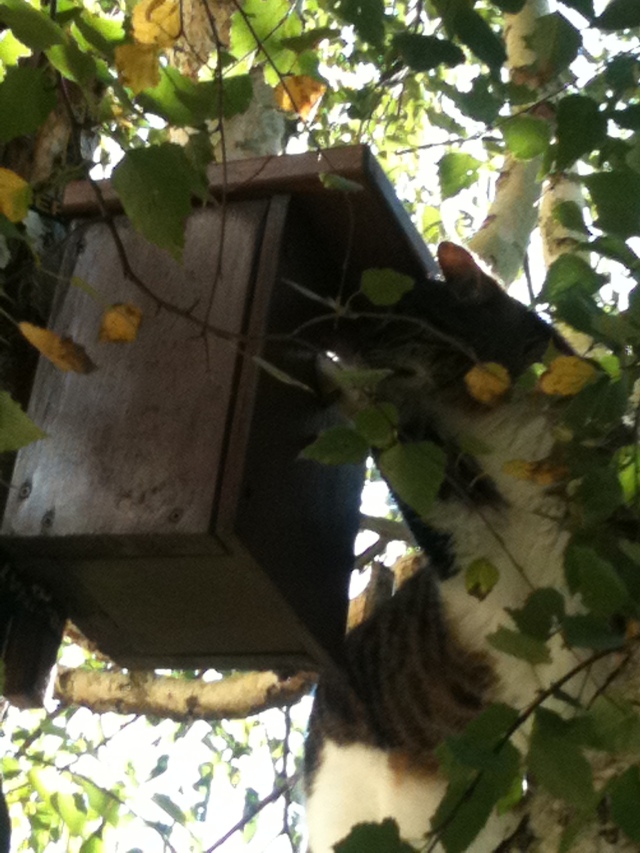 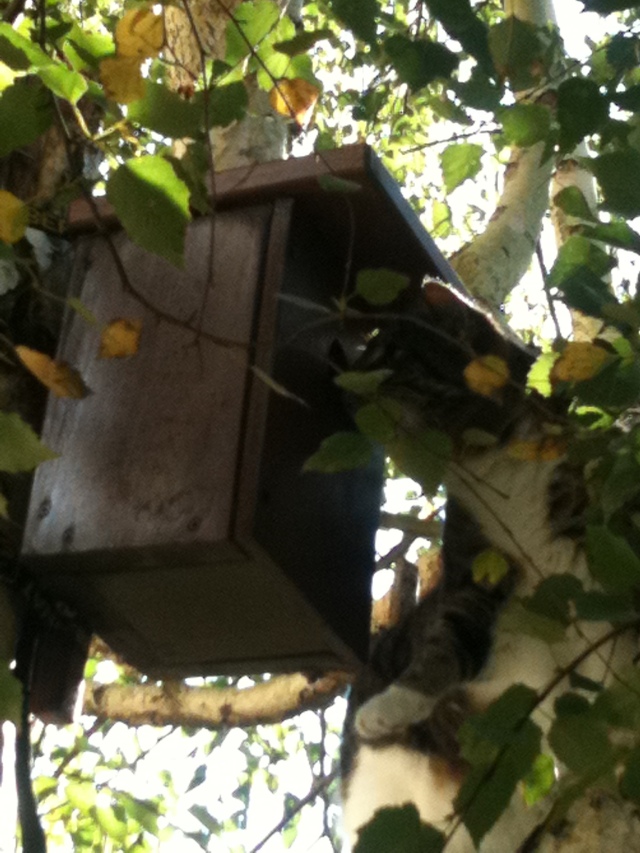 This is when Isla decided to get in on the action: 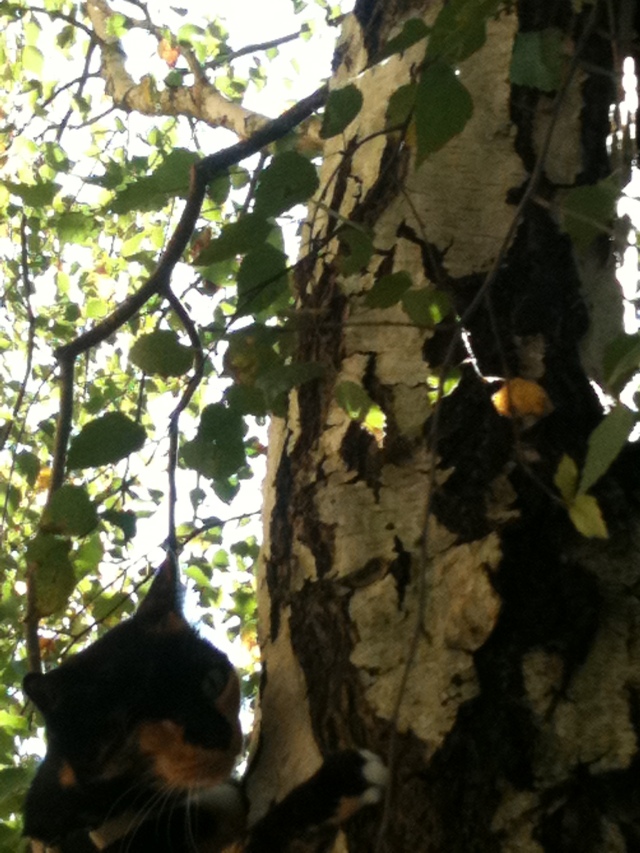 Charlie on the top right, Isla coming up on the left: 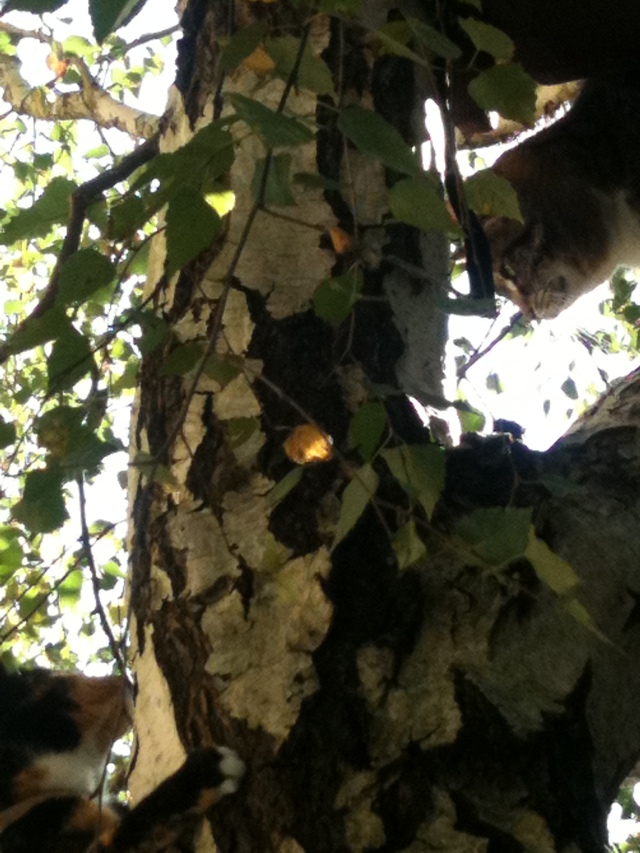 I quickly expedited both cats off the tree — Isla came more or less voluntarily, getting Charlie down took a ladder and a firm grip in the neck. Meanwhile, the Husband arrived with a bigger ladder so he could reach the nesting box and move it to a safer location.

When he had finally managed to get the nesting box off the tree (it was fastened pretty well), there was a rustling and one very panicked bird (probably a tit but it all went too fast to see properly) flew out of the hole. He reattached the box on what we hope is a better spot but says he could still feel movement inside.

Fortunately, it’s too late in the year for there to have been eggs or fledgelings inside. I just hope the remaining inhabitant has good cardiac health!

Both cats had ignored the nesting box all summer so heaven knows what attracted Charlie’s attention now. Guess I had better order some of those spikey things. I love my cats but there is no need for them to kill birds.

3 Responses to Excitement in the Birch Tree